Recognition And Enforcement in Divorce in 9 Steps 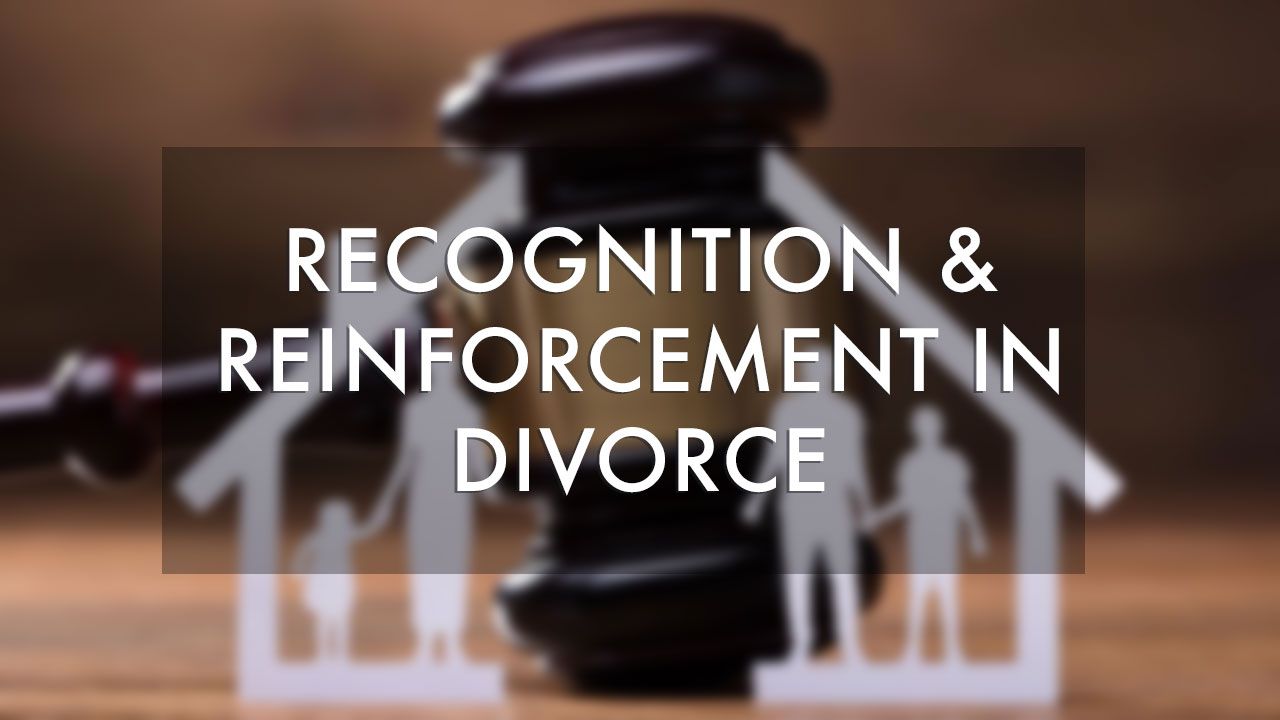 What is recognition and enforcement in divorce?

Shall a person who divorced in foreign country, and has had a verdict  made by foreign court, and be able to claim the  divorce decision ?

Moreover Decisions made by foreign courts  is recognized and enforced by the courts of Ankara, Istanbul, Izmır  ın the event of absence of a person’s place residence who recognition is wanted against her/him, current place of residence otherwise her/his habitual residence, in such circumstances has not had residence place or habitual residence  a person again shall claim from the same courts Firstly, the dispute which may arise from divorce or any other private law conflict that must consist of element of foreignness in order to be issued to recognition and enforcement by Turkish Court.

What are conditions for Recognition and Enforcement ?

Recognition: To to sum up briefly, recognition is which  the effection of final judgment order of divorce decision given by courts of foreign countries and to be accepted as well as be effective in Turkey.

These are the conditions concerning recognition in order to lawsuit.

There is supposed to be a decision given by foreign courts. The decision  which being concluded permanently in the manner of material law as well as procedural law, is required Verdict must be related to private law. Foreign decision must  be given on the issues not concerned exclusive authority of Turkey. Foreign decision which subjected to the lawsuit, should not be clearly against Turkish Public Order. Foreign decision Must comply with the Rules of Foreign Conflict of Laws.

principle of reciprocity: Foreign decision shall  be enforced, in the event of  provided that there is an agreement between two governments or even if not existence of the agreement but existence of practicing in relation to enforcement or  existence of provision in foreign country law.

Foreign decision must be appropriate with right of defence:

A person ought to object to the decision towards claim of enforcement by basing on things illustrated below Pursuant to relevant by the law of place where decision has been given, A person who demanded enforcement against himself, being not invited to hearing in accordance with  procedural law of court which issued the judgment, or not being represented during the hearing or being made a decision concerning him in defiance of  the law  and in absence of him.

There is no time limit in order to lawsuit recognition and enforcement. However , it is absolutely necessary to lawsuit in case of existence of distributive share or remarriage .

Boran & Üner Law Office is located in Nişantaşı district in Şişli, Istanbul. We keep the busiest districts of Istanbul such as Şişli, Beşiktaş and Bakırköy around and provide legal consultancy to the whole of Istanbul. We are the first choice of those looking for an Istanbul Lawyer, family lawyer, Divorce Lawyer and Istanbul Divorce Lawyer in the field of Family Law, and we continue to provide you with the highest quality service in all branches of law. If you also have a court, you can contact our law firm immediately and get support in clarifying your roadmap. We provide Istanbul Lawyer service in our office in Nişantaşı.